The Press Conference began with a screening of a TV Spot related to Ariadne Project, greetings from the Intensive Care Forum President, the Representative of Ministry of Education & Culture/ Director of Secondary General Education and the Coordinator Psychologist.

The Coordinator Psychologist has referred to the number of children participated in Psychological and Tele-Psychological Support Services by underlining the fact that it has increased significantly since the beginning of this Program.

The attendees had the opportunity to watch 2 short length videos related to Psychologist’s and Child’s experience during their navigation on Service Application. The Press Conference completed with a video screening entitled “The Role of ICU Doctors”. Users are able to watch other 7 videos that have been uploaded on Service Application.

Ariadne Project is funded by the EEA Grants and under the framework of Funds for Non-Governmental Organizations for Cyprus 2009-2014.

Representatives of the Ariadne Project interdisciplinary team will present the results of the project implementation of the Tele-Psychological Support Service for children (aged 4-18 years old) of critically ill patients hospitalized in Intensive Care Unit (ICU), under a Press Conference that will be held on Monday 19th October 2015.

This event will be attended by Media representatives and distinguished guests. 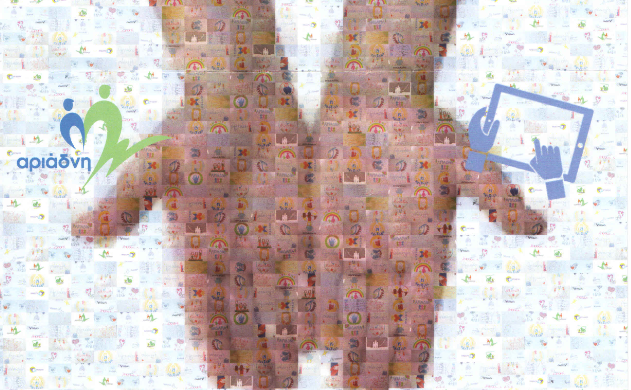 • Aims to disseminate knowledge about key characteristics of effective care

• Contributes to an improved design, a wider applicability and more effective implementation of integrated care innovations

Objectives of the visit:

• Learn more about the 8 multimorbidity care programs that include promising elements related to general criteria and the four main "ICARE4EU" project perspectives: (a) patient centeredness, (b) use of e-health technology, (c) financing systems, (d) management and integration issues

• TeleRehabilitation program for critically and chronically ill patients in the community

The first Press Conference, regarding to Ariadne Project, was held at Ministry of Education & Culture (Conference Room) on Monday 02 February 2015.

It's worth noting that the Coordinator Psychologist, Ms. Elina Demetriadou, and the Ariadne Project Manager/Technical Manager of Teleprometheus, Telerehabilitation and Telemedicine Services, Dr. Nikolas Stylianides, presented the Tele-Psychological Support Program.

The Ariadne website was presented in detail by the IT Officer and member of the implementation project team, Mrs. Georgia Christodoulou. She made a brief presentation of the Top-Menu Categories and talked about the three groups that appear on the Home Page: A) Child, B) Adolescent and C) Guardian.

After the announcement of the results of Student Art Contest, the awarded logo design was uploaded on the Ariadne website.

The Intensive Care Forum President Mr. K. Christofis announced the results of the Student Art Contest for the logo design of Ariadne website, during the First Press Conference of Ariadne Project that was held at Ministry of Education & Culture (Conference Room) on Monday 02 February 2015. Secondary school students from all schools in Cyprus were entitled to participate.

A student from Aradippou High School was the winner that received (a) the symbolic amount of €100 as a prize and (b) a participation certificate. The awarded design is already hosted as a logo on Ariadne website.

All the students that participated in the contest received participation certificates. At the same time, all the candidate logo designs had been presented through projector.

Representatives of Schools received the participation certificates on behalf of the children that couldn't attend the event.

The Press Conference was held at Ministry of Education & Culture (Conference Room).

Representatives of the Ariadne Project interdisciplinary team will present the Tele-Psychological Support Program for children and adolescents of critically ill patients hospitalised in Intensive Care Unit (ICU), under a Press Conference that will be held on Monday 02 February 2015.

On this occasion, a logo design presentation related to the Ariadne Project website will be held. The winner will receive a symbolic amount as a prize and the other participants will take certificates for their participation in the Student Logo Design Contest.

This event will be attended by the Minister of Education & Culture, the Minister of Health, distinguished guests and all the children who participated in the aforementioned contest.